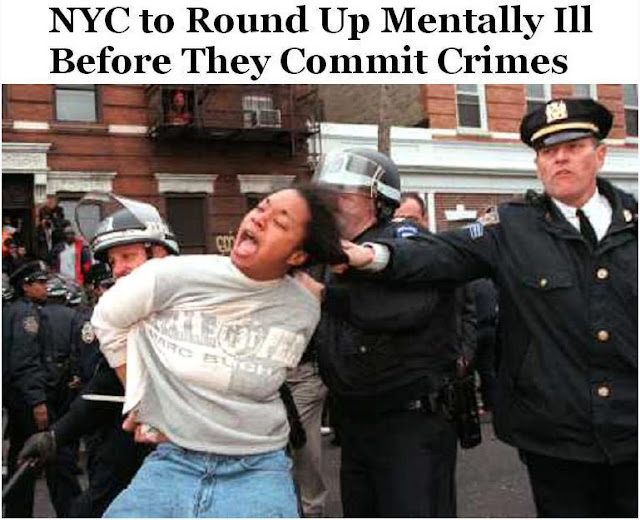 2013-02-25 "Occupy Wall St." writes:
NEW YORK CITY, NY -- Police will be conducting a "roundup" of mentally ill people in the city. They seem to think that they can prevent crime by detaining people before they've actually done anything wrong. The police point to an unprovoked subway attack by an alleged mentally-ill person as the justification for this.
The city has even drawn up a "most-wanted list" and will make efforts to capture these people and force them into treatment.