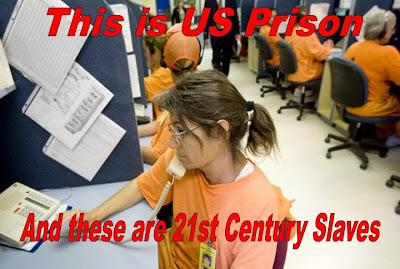 Many customers are likely not aware that their phone calls to various private and public company’s are being answered by inmates. In fact the programs have been so successful that prisons have all of a sudden been turned into cash centers, earning millions of dollars per year in revenue while caring for inmates.
One such program in New York has prisoners from the  Greene Correctional Institution or the Bedford Hills prison for women answer calls for the Department of Motor Vehicles (DMV). That program, staffed by a long-running federal program called Unicor is just one example of the programs reach.
In Arizona the state prison system has partnered with a a company that provides marketing services for big name companies including Microsoft and Hitachi.
When all is said and done the programs work and they earn money rather than waste millions in tax-payer contributions, in fact Unicor made $10 million in the last six months of its fiscal 2011 year. Money from Unicor always goes back into the program and in the process gives convicted criminals the chance to learn a new skill they can use to find a job with when they are released.
While some concerns may exist over customer privacy most programs that rely on private information are highly guarded in terms of securing user information. For example a credit card company utilizing inmates may not allow pens, paper and other recording instruments to be placed at a workers station, while systems are used to blank out customer information after an order has been place or an account has been closed.
Do you believe more programs like Unicor should be instituted to help prisoners earn back some of the millions in operating expenses they cost on a yearly basis?
Posted by Northbay Uprising Radio at 7:59 PM